I have always felt that the wilderness of northern Canada and Alaska are the North American version of the African safari. The Alaska Highway stretching almost 1400 miles from Dawson Creek, BC to Delta Junction, AK offers the perfect vantage point from which to explore this untamed region. Driving the Alaska Highway is truly an epic road trip.

The Alaska Highway was initially built during World War II by the Americans who were fearful of a Japanese attack on Alaska. Should a water route no longer be accessible the United States coordinated with Canada to build a land route to keep Alaska supplied and safe during the war.

In the years after the war the highway was opened to the public and gradually improved as time went on. Today the highway is accessible year round and in mostly good condition.

Though remote there are services scattered along most of the highway. It’s always a good idea to fill up whenever possible though because there are several long stretches and gas stations are small with irregular hours. Some of the services are also seasonal so when traveling in off season there is no guarantee they will be open.

As we are traveling during the pandemic we were limited to rest areas, hotels, gas stations and drive thrus along the highway itself. Regardless of the restrictions even from the comfort and safety of our car we were still able to see so many amazing sights. While I definitely want to someday take this trip slower and explore many of the hiking trails and camping grounds along the way I still am absolutely awestruck by how much you can see just from the car.

The highway officially begins in Dawson Creek. There is a cool sign to mark mile zero.

As you follow the highway it initially winds through a series of nondescript small towns. This is the most built up section of the road. Services are plentiful and the landscape is pretty, but not even a glimpse of what is to come.

Fort Nelson is a decent size town and although the surrounding area is gorgeous the town itself is tired and worn. I was shocked to read the history of the city. It seems to be a long story of economic woes and the people still living there must be stalwart pioneers to deal with the down on your luck episodes that seem to compose their past. Someone should start a go fund me for these people because they have just had it rough for a long time.

Driving the Alaska Highway from Ft. Nelson to Liard Hot Springs is arguably the most beautiful. It’s also teeming with wildlife. If you drive a single section of the road this would be my recommendation.

Soon after leaving the town we were warned about bison ahead. One thing I have learned in this part of the world is that terms of distance are much longer than where I am from. “Just down the road”, for example, could mean anywhere from one to three hours away. We eventually did see the bison herd, but not until the following day after driving probably 10-12 hours. The warning did add to the excitement though because we knew we would probably see bison and it gave us something to look for.

Although the bison were no where near Ft. Nelson we were immediately treated to bear sightings almost as soon as we left the town.

As the day progressed we winded through more foothills and up into the mountains. Winding streams and rivers fed crystal clear lakes surrounded by beautiful forest. It was spectacular and it was alive with animals. We saw wild sheep, moose, and caribou as well as a plethora of beautiful birds. (Please note I am not the best wildlife photographer. These photos do not give the experience justice. For the most part I just get so excited when I see an animal that I fumble around for a bit before I am even able to take a picture. )

Although it was late summer wildflowers still lined the highway in a myriad of hues. The trees were in that just about to burst into color phase where the green was gently fading into golden. It was stunning.

We spent the night at the Liard Hot Springs Resort which was quaint and charming. Though my husband felt the room was a bit worn and it was definitely not a five start hotel I felt it was clean and cozy with loads of charm. You can read my review of it here.

I would love to return here on our way back someday and visit the actual hot springs. They were closed, obviously, because of the pandemic, but by all accounts they are amazing.

Whatever the room was lacking in it’s simplicity was made up for by the staff. Canadians in general were very much opposed to allowing Americans to transit to Alaska during the pandemic and we were not warmly welcomed in most parts. The Liard Hot Springs Resort was the exception. Their hospitality and kindness was much needed after long days of driving. They welcomed us warmly and asked if we were ok since they had heard terrible stories about the way Americans were being treated. Truly wonderful people! They were kind enough to pack us a lunch for the next day too. I didn’t realize at the time how crucial this was.

The next day we continued driving the Alaska Highway up towards Yukon. We were delighted to finally see the bison herd grazing on the side of the road!

I’m not sure if it was the actual scenery, the questionable weather or the coldness with which we were greeted by the people of Yukon, but somehow this next leg of our trip seemed depressing. You can read the details here, but basically we were exhausted and hungry and we couldn’t simultaneously abide by the requirements of the government of Canada and the restrictions of Yukon if we wanted to eat anything. This is where the Liard’s lunch saved us as it was 8PM in Haines Junction before we found Frosty’s Drive In– the only place on the Alaska Highway with a drive in food.

Haines Junction itself was gorgeous. It’s the gateway to Kluane National Park and Mount Logan– Canada’s highest peak. We stayed at the Alcan Motor Inn. Again, it was a tiny bit dated but clean and comfortable. And the view of the mountains was incredible. Even Rick said he approved.

In addition to gorgeous views of the surrounding mountains Haines Junction also had this beautiful little church– Our Lady of the Way. It was built after the construction of the highway and was the first Catholic Church in this part of Yukon. I can’t tell you how beautiful it was to see this little church after such a long day in Yukon. In better times when we aren’t limited to our car because of the pandemic I would love to spend some time there. If my time in Yukon during the pandemic has taught me anything it’s to appreciate the simple things– a meal to eat, a hotel for rest, and a little church along the way.

We departed Haines Junction early in the morning for the final push into Alaska. This last leg of the trip was stunning. Kluane National Park and the mountins surrounding Destruction Bay are an unbelievable sight. After such a long journey the excitement to finally be in Alaska grows by the hour just as the scenery gets more and more beautiful.

I would be remiss not to mention though that the road here is rocky with unexpected large bumps and potholes. Many long sections are just gravel and the side of the road just seems to disappear into the wilderness at some points so the driving is slow, but the views make up for it!

Arriving at the border after driving the Alaska Highway was truly a highlight of the trip. The border agent had dog biscuits for the dogs and greeted us with jokes. When we told him we originated in Washington, DC he looked shocked and then quipped, “Well, boy are you lost!” Lol. It’s great to be “home” at last.

For now we are quarantining at this wonderful little cabin in Salcha, Alaska surrounded by forest. We are enjoying some quiet family time and making plans for driving around Alaska expanding our destination knowledge for Christopher Travel. We will be meeting with both new and established business partners and ready to plan Alaska vacations for Summer 2021. Once it gets colder we will find a more permanent place to spend the winter. 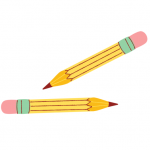